The Space After Taking The Leap

What are those things you never thought you would do or become, that now you’ve now experienced? One of the biggest things for me, was becoming a business owner. 7 years ago I would tell people, “oh no, I could never run my own business. I’d rather photograph for someone else- let them take care of all the pricing and contracts, etc.” Somewhere belief that surface level excuse was a desire but not knowing at all how one does any of that stuff, fear of failure, and terrified that if I tried I wouldn’t be smart enough or good enough to make it happen.

While there is a whole other blog post out there on how I *did* make it happen, and those barriers were broken- today I want to share about the space we find ourselves in once we do take the leaps in our lives. 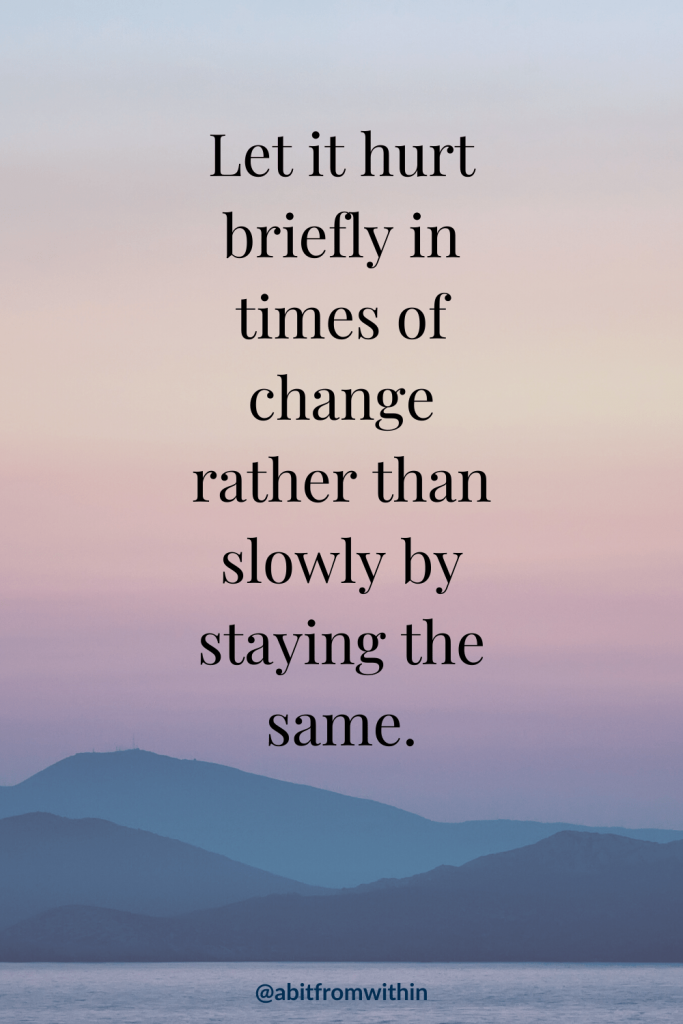 What is a Leap of Faith

So what is a leap of faith? It doesn’t have to be anything like my example from above like starting your own business. A leap of faith could be becoming a parent, or interviewing for a new job. It could be opening your heart up to a new relationship, or joining a new church- or leaving the church you’ve belonged to your whole life. Anything that allows you to step into something you didn’t know before.

A leap of faith is consciously choosing to change. There. It’s that simple.

How do you know if you’re ready to take that leap? In my most recent podcast, an interview with my partner, David Wood, about taking a leap of faith in his life- he described this so well. He said it was when the pain of staying the same was worse than the pain of making the change.

None of us would be honest if we didn’t admit that any change on some level is a bit painful. Whether that’s waking up 15 minutes earlier, or going through a break up with the person you’ve been with for 15 years- absolutely different kinds of pain, but still uncomfortable.

Taking That Leap of Faith

One thing I don’t think gets discussed enough is that leap part- it’s nothing like our minds think- or at least how my mind thinks. I always thought those moments in my life would feel like the slow motion moments in sports movie where the dramatic music is playing, and the whole thing is so visceral and played out. Have you ever heard a newly married couple respond to how it feels by saying, “it feels the same as it was before.”?

The actual leap which is this huge thing as changing your job, but in reality it looks like saying goodbye to your co-workers, driving the same route home, and going to be the same way you had every other night that you had that job. In the morning, you wake up and you don’t go in to that job- but you’re still the same person. There’s been no magical transformation that happens externally- even with big external changes- and internal transformations don’t happen overnight.

So that magical moment that you’re looking for, has to start from within, and it becomes up to you to carefully and intentionally begin to observe the changes that happen within you.

The Space That Comes After The Leap

So all of this is to say, it is okay if after this big moment in your life that you thought you were going to feel totally transformed- that instead you find yourself feeling a little lost, empty, or aimless. In my experience, this will not last forever.

In fact, giving yourself permission to for a certain amount of time to grieve the loss of what was is a really wise thing to do, because most of the time there’s going to be some amount of that- no matter how excited you are for what’s next.

The emptiness that comes at the beginning of something new, is just like the dark moon in the sky- it’s a place before the light can begin to shine. It’s a blank canvas- there for you to plant the seeds of your intentions, to develop systems that support your endeavors, and importantly- to rest as needed- because you’re gone through something big.

Regardless of the size of the leap you’ve taken, don’t take for granted the amount of effort that it took to get you to that point. Permission to be in the in-between should always be extended, along with a healthy dose of compassion. Then just don’t forget to keep your eyes on who you’ll becoming, and allow yourself to transform.

If you want more insight into a real life conversation on this topic, listen to the episode from The A Bit From Within podcast where I have David Wood on speaking about his recent leap into life as a full time film-maker working for himself and for our wedding photography and videography business: www.feliciamarti.com. His insights and our conversation I think would resonate with anyone going through a change in life.

Using The Moon Phases To Improve Your Life

Can using the 8 phases of the moon intentionally change the quality of your life? Yes! It absolutely can, and I’m going to crack open this door for [...]